11th of March 2013. The day I officially started to walk. The weekend before I had already walked from the Akropolis to the house where I was staying, so I sort of started my walk from there. It’s half past 8 in the morning when I set the first step outside. 1… 2… 3… my pedometer is working.

The plan for today is to go in the direction of Megara. With the boat from Piraeus to Salamina, and on from there. The first parts were a lot of urban areas in Athens and Salamina. But after Salamina there was a wonderful path along the beach, almost no people and definitely no cars there. I took the ferry across again, and then I had to find Megara. 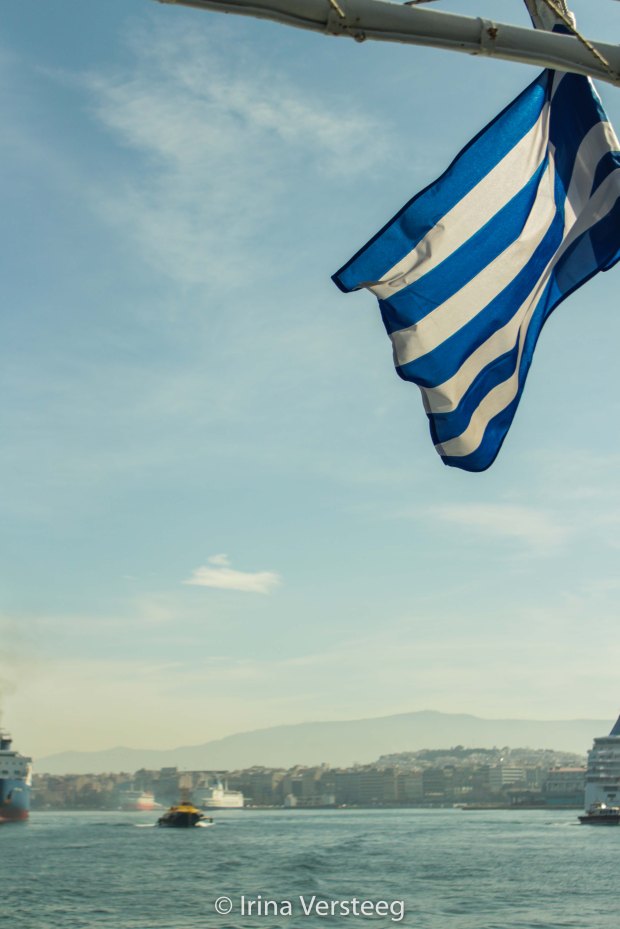 On the ferry from Piraeus to Salamina 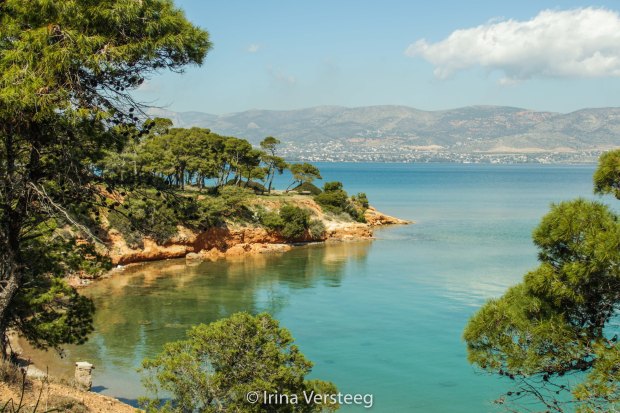 My private beach near Salamina.

I started to walk along the coast. A man was cleaning his catch of the day at a bench. It were some sort of sea cucumbers, I think. He told me the road was a dead end. I would have to follow the big road at the ferry boat to Megara. I kept walking on the coast. I didn’t want to walk along some big road, with loads of cars. It did turn out to be a dead end. He saw me coming back, smiled and told/signlanguaged me to sit next to him. His name was Yani. Due to the crisis he had lost his job. Now he was catching the sea cucumbers to at least make some money. When he finished cleaning his catch, he would have to go to Megara anyway, and then he’d take me. Great.

Lunch before the ferry to Megara.

It was still quite early in the afternoon. I decided not to go into Megara (that would be a bit out of direction) and instead try to find a place to sleep at the beach. Unfortunately, there was no beach. I kept walking and walking. A creepy fat guy on a scooter tried to hit on me, I politely declined. And I kept walking and walking. Finally, very tired, I found a hotel next to the road. I was kaput. Only, the hotel was very expensive. They told me Kineta, the next town, was 6km away. So I kept walking. Soon it would be dark, and I didn’t feel like walking in the dark along a road.

Through couchsurfing I had the phone number of a host in Kineta. So I called him and I could stay with him. And I literally crashed on his couch as soon as we entered his house.