The people of Europe (and beyond). Who are they and what do they do? What keeps them occupied? What do we have in common?

The best people to start this section with, are the first people I stayed with on my trip. Vaios and Stella in Athens. Through couchsurfing I spent three days and nights with them. It were three amazing days.

They are both young people living in Athens, Greece. The country where the crisis struck hardest. They both finished college and were able to get a job, though not for many hours or a great salary, but they manage to put the ends together and more.

They are however a great example of Greek hospitality and interested in other people. They thought me loads about Greek culture and language. Stella explained the Greek alphabet and let me read a part out loud to practise. The cooking skills of Vaios are undisputed, at least in the references on internet, unfortunately I didn’t get to taste it. Yet Stella made something (I keep forgetting the name, it is something rolled in grape leaves) from Cyprus and it was delicious!

Stella teaching me the Greek alphabet.

What I learned from them is that Greece has a young generation to be proud of. They certainly know the ancient Greek hospitality. Yet, in a more modern way they speak their languages and are genuinely interested in what’s going on outside of Greece. And true, Greece is in crisis now, but with people like Vaios and Stella, I am not really worried about the future.

Vaios and Stella, thank you very much! I had a great time. You know you are invited to stay with me whenever you are in Holland. 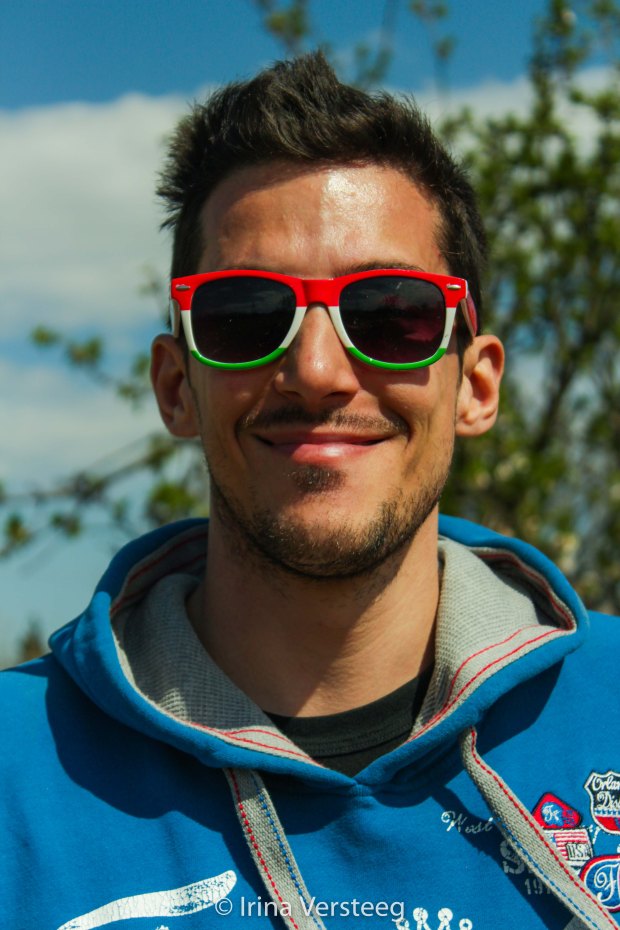 Vaios helping Stella with her gardening class – in the sun.